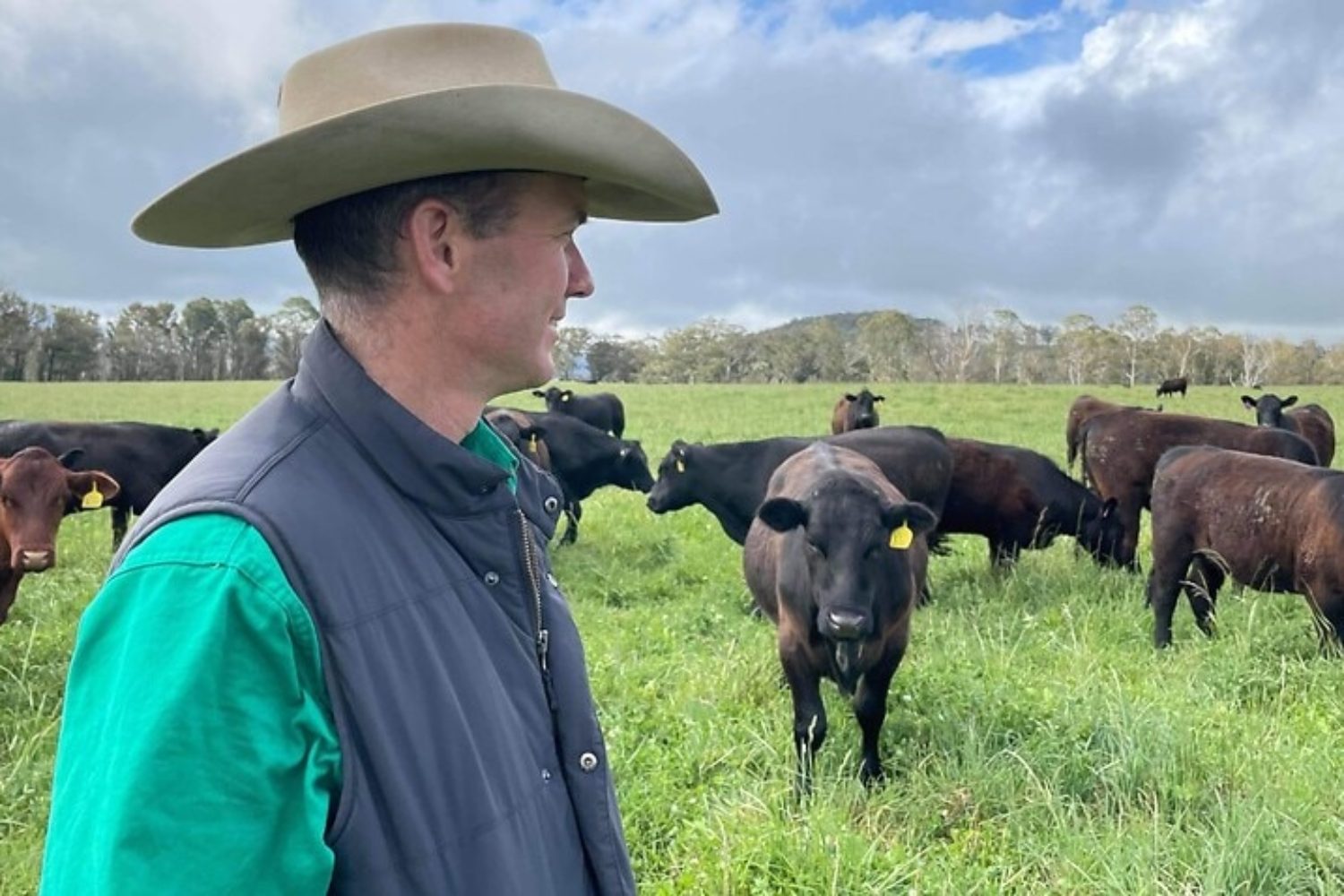 Cattle farmers get blamed for climate change, but this one hopes to be part of the solution

While Australia is not backing a US and EU-led pledge to cut methane emissions by 2030, the livestock industry is embracing innovative solutions to reach carbon neutrality.

Like many farmers, Stuart Austin is well aware of the impacts of global warming.

In fact, he says he’s living it.

After weathering two years of severe drought in 2019, an intense bushfire tore through his property.

“Fires here really are one in 100-year event. [But] low and behold, September 2019, more than half this farm was burnt in those horrific fires,” he told SBS News.

“It’s not so much an awakening as a point of recognition that, yes, the climate is changing quite significantly. And we’re feeling the full effects of it.” 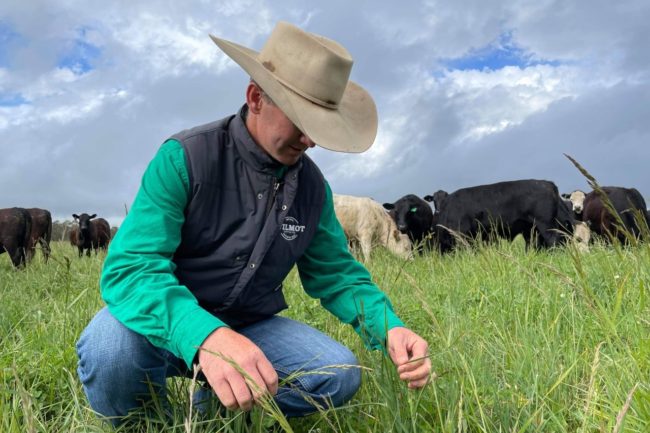 Scientists have long warned the livestock industry is putting the planet at risk, but the father-of-three is hoping to become part of the climate solution.

In recent years, the 39-year-old has transformed his grazing practices. The result, he says, is a “carbon positive” cattle farm.

“We’re actually sequestering four or five times as much carbon in our soils as we’re emitting from our animals.”

What is carbon sequestration?

Carbon sequestration involves taking carbon out of the atmosphere and storing it in the land.

For Mr Austin, it involves running a small number of large herds moved frequently in an intensive grazing system, with long resting periods for pastures.

“A tree for example … takes a very long time to grow, it sequesters CO2 out of the atmosphere. We can do that a lot faster with grass.

“If you think about the grasslands across Australia, we have a massive opportunity there through shifting grazing management and how we manage that landscape. To keep priming that pump, keep restarting that process of photosynthesis, and keep pumping more sugars and more carbon into our soils and fundamentally rebuilding soil carbon levels across Australia.” 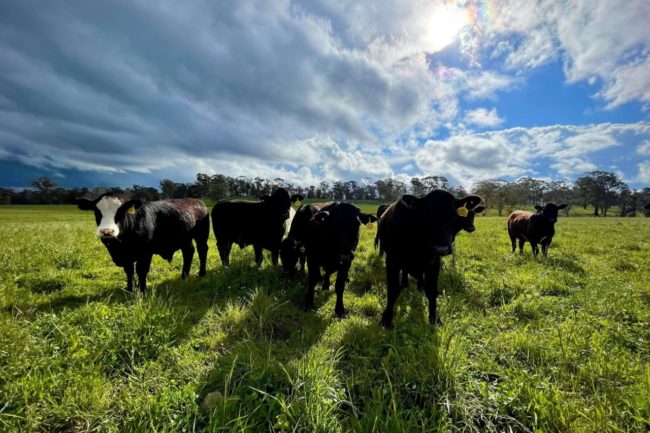 Carbon sequestration is being touted as one way to help tackle climate change in an industry under increasing scrutiny.

Almost half of Australia’s annual methane emissions come from agriculture – the vast majority from the livestock sector.

“It’s investment in things like feed additives, genetics, and things like pastures and forages, and how all of those things interact in reducing emissions, but then also capturing carbon that’s already in the system,” he said.

In 2017, the industry set the ambitious target of becoming carbon neutral by 2030, meaning that by the end of the decade, Australian beef, sheep and goat production would make no net release of greenhouse gas emissions into the atmosphere.

Climate Council councillor Lesley Hughes says while she applauds the commitment to the goal, it will be “particularly challenging” to achieve.

“Given the importance of livestock exports to the Australian economy and given the fact that cows and sheep emit lots of methane and their waste and land-clearing for beef production also contributes to emissions.”

But the industry insists progress is being made.

Meat and Livestock Australia says red meat production is responsible for roughly 10 per cent of Australia’s greenhouse gas emissions – that’s down from 21 per cent in 2005.

And there are promising signs for the future. Dr Michael Battaglia, a research director in sustainability at the Commonwealth Scientific and Industrial Research Organisation (CSIRO), has been working with the sector to come up with solutions. One involves feeding cows a seaweed supplement. 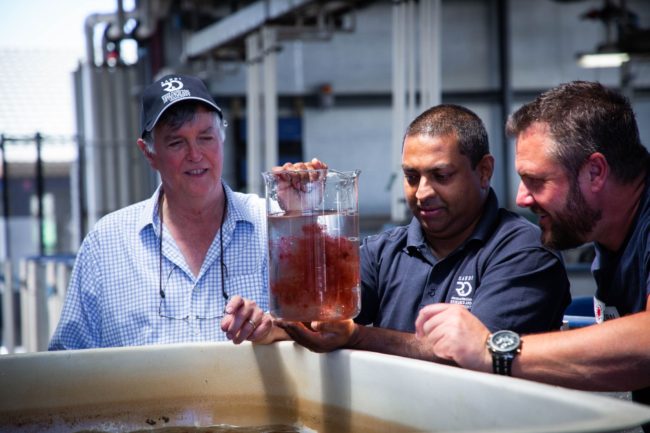 South Australian-based company CH4 Global has been granted a licence to commercialise a seaweed supplement, which has been shown to reduce methane emissions. Source: Supplied.

“In terms of livestock feed supplement, we’ve come up with the asparagopsis seaweed, that we know in trials can reduce loss of methane when fed as part of their diet by more than 80 per cent,” he said.

“It’s very promising and there are a range of companies around Australia and around the world who are looking at trying to grow the seaweed.”

Among them is South Australian-based company CH4 Global, which around a year ago was granted a licence to commercialise the seaweed supplement.

The demand is there, the company’s general manager Adam Main says, but the challenge is how to increase production. 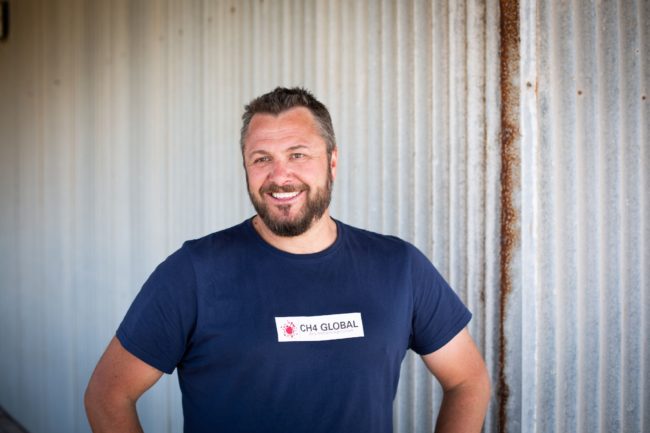 “We have tremendous interest coming from members of Meat and Livestock Australia, from dairy, from small-scale wagyu beef producers right through to some of the big feedlots. At the moment the pressure is on us to try and meet that demand, which is a really good place to be.”

But the company is hopeful that by 2022, Australian beef and dairy producers will have adequate access to the supplement – a small but significant step towards solving a big issue.