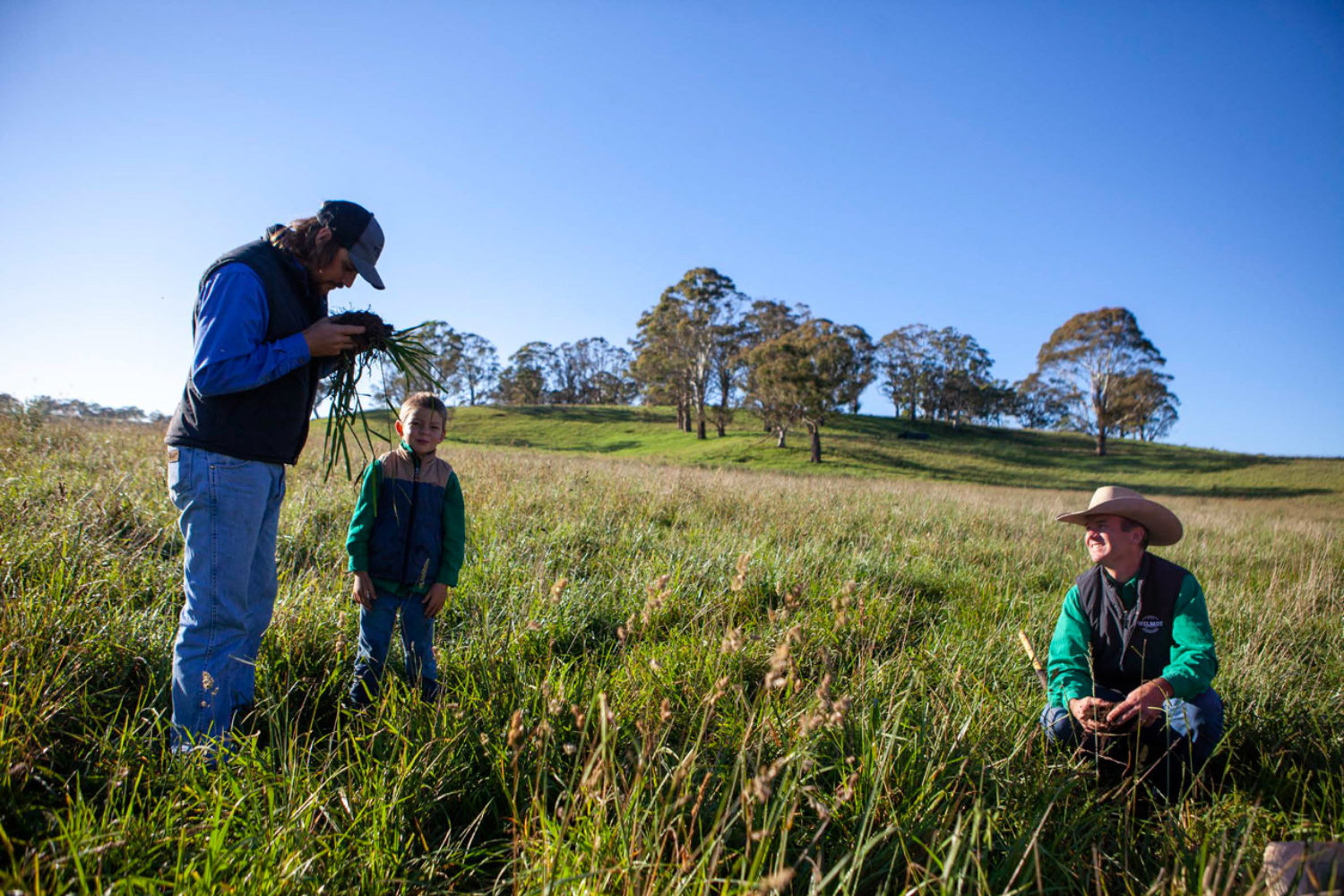 Progressive NSW beef operation Wilmot Cattle Co has struck a deal with global technology giant Microsoft to sell around half a million dollars worth of carbon credits.

The credits come in the form of more than 40,000 tonnes of sequestered soil carbon, which the livestock operation has been able to achieve through sophisticated grazing management.

It’s believed to be the first global carbon credit sale made by an Australian grazing outfit and while it’s just a drop in the ocean of what Microsoft needs to meet its carbon neutral goals, it speaks to the opportunities for farmers to benefit from the emerging carbon market.

It also firmly places the Australian beef industry as part of the climate change solution – on an international scale.

Over the past decade, time-controlled rotational grazing, increased stocking density and decreased paddock size have led to greater ground cover, biomass and water-holding capacity on more than 4000 hectares of Wilmot New England country.

The grazing management focus has boosted productivity and profitability, and ensured overgrazing was not happening in drought years, but it has also resulted in soil organic carbon concentration lifting from 2.5 to 4.5 per cent. The goal is to reach 6pc by 2023.

Wilmot’s general manager Stuart Austin said the prospect of being paid for that, while building a resilient landscape, encouraged the management change and would ensure its permanency.

“We see carbon sequestration as co-benefit of our beef production systems,” he said.

The Wilmot carbon credits have been verified and sold by United States company Regen Network, which has branded them CarbonPlus Grassland Credits.

Wilmot is one of only a handful of livestock operations it has purchased from and the first in Australia.

Chairman of the Macdoch Group Alasdair MacLeod said while there was great deal of work still to be done to refine carbon farming techniques and soil carbon measurement methodologies, this deal was justification for the emphasis the Australian Government had put on soil carbon as a major contributor to the country’s decarbonisation strategy.

His team is working with the Clean Energy Regulator to help develop the market for soil carbon credits in Australia.